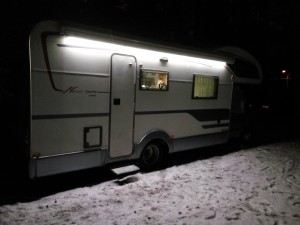 So you recently bought Nokia’s devices division, right? And you thought that this is what we need to make Windows Phone rise to the stars, or at least to a market share close to Apples? But it didn’t? Well, this is what you need to do to make it happen:

First of all, let’s understand what makes a consumer choose a particular mobile phone. There are of course a lot of factors, including familiarity with the brand, aestetics, price, availability in the channel preferred (operator or shop), and perceived ease of use. But also to a very large extent, now that the smartphone market is mature – availability of the apps that you are used to.

As number three in the market, with a market-share of around 3% world-wide, you must make a phenomenal catchup to reach the second position, which is currently held by Apple. To reach for the top (Android) is not realistic, at least not for now.

As very few persons in the developed world now get their first smartphone (they would rather get their second, third or fourth), it is not so important to have the ”best” mobile phone experience, as to have what they are already used to in their previous smartphone. Most users in the developed world will have owned an Android phone before (and some have used an iPhone or Blackberry). As iPhone users are extremely loyal to Apple and their ecosystem, I suggest that you go after the Android users as well. What they are going to tell you is that ”no way am I going to switch to a Windows device unless I can find all the apps that I am used to on that platform”. So this is what you must do: You must make it tempting for developers of Android apps to port their apps to Windows Phone. One way of doing this is to develop a tool that would automate the process for them. Not an easy task, but a task that I think is essential to succeed. THEN you would have to offer them return on investment. This could be a one-time porting premium, or a higher percentage to keep to themselves when publishing in the Windows app store compared to Google Play.

You must also swallow any pride and forget for a while that Google is your competitor, and instead starting to work with them. This is so that Windows Phone users can continue to use their favorite Google services such as Maps, Docs, Talk, Hangouts, Drive and what not. If you are an existing Android user, chances are that you are already hooked up to this ecosystem and you don’t want to move, despite the Microsoft ecosystem offering similar or even better services. Maybe you have something that Google wants that you can offer in return? Such as a tuned Microsoft Office client for Chrome?

Then you must find a couple of things that sets your system and your devices apart from the rest of the market. In fact you already have a couple of strenghts from the Nokia Lumia devices, that you can develop even further. One of these is the market’s best camera built into a phone. The Lumia 1020 is still simply un-beaten, even though it is now more than a year old. And the latest iPhone and Android phones don’t even come close. Play this card, and play it well. Then the Lumia devices came with the Here mapping services. These used to be exclusing for Nokia, but now they aren’t. Such a shame. Maybe you can correct this? Because when you have seen Here Transit perform a plan for a trip from place A in city X to place B in city Y, then you are caught!

You should also evolve the ecosystem that you should have. I say should, because currently there is not much in terms of interaction between a Windows Phone and a Windows PC. Look at Apple and learn from them. See how easy it is to cast your phone’s apps to the TV or Spotifys music to your stereo for instance. You could do it Microsoft, but you would have to identify your strengths first. (Hint: It will NOT be Office).

Third, but still important, is that customers can find good Windows Phones from the shops or online retailers (or operators) where they go looking for a new phone. I have looked into the three major operator’s shops here in Sweden, and only in a few of them can you find ANY Windows Phones. And they are never, ever marketed as the new hot stuff (only Samsung and Apple’s phones are). You have got to turn this around, and giving exclusivity of a model to ONE particular US operator before the rest of the world can get their hands on a new model is NOT the way to do it.

If you can manage these three things (get app-developers to port their apps, further develop your unique strenghts, and broaden the channels), I am sure that Windows Phone can be a winner. After all, technically, and intuitively, it’s as good, if not better, than iOS for iPhone. And a LOT better than Android in these important aspects.

So I guess Microsoft choose not to listen to me 🙂

Today I read that Microsoft has announced a final date after which Windows Mobile will no longer be supported. That date would be 2019-12-10. This marks the tragic end for Windows 10 Mobile (that was once called Windows Phone) and the end of Microsoft’s smartphone-saga. While Microsoft has been busy destrying the only alternative to IOS and Android, a small Finish company called HMD Global (and employing some former Nokia bosses), has been busy re-inventing the Nokia brand of smartphones. But this time around they are all running Android…

It’s a sad thing that there are now only two mobile operating systems left to compete on the market, and it is not really even a competition, as only Apple can make use of iOS. All the rest of the smartphone makers have to use Android…